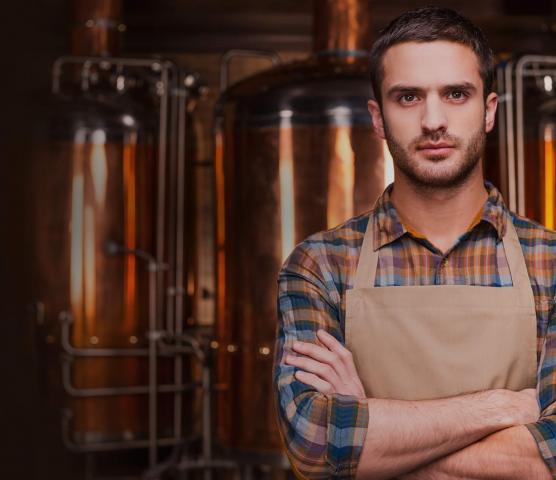 A leader in anthropomorphic robotics research—including development of the WABOT-1, the first full-scale human-like robot in 1973—Waseda University established the Humanoid Robotics Institute (HRI) in 2000 to promote research activities that build new relationships between humans and machines in an advanced information society.

Waseda University is a leader in anthropomorphic robotics research, including the development of the WABOT-1, the first full-scale humanlike robot, in 1973. In 2000, the university established the Humanoid Robotics Institute (HRI) to promote research activities that build new relationships between humans and machines in an advanced information society. Under the direction of Atsuo Takanishi, professor in Waseda’s Department of Modern Mechanical Engineering, HRI has accelerated research and development (R&D) of humanoid robotics. The Tokyo-based research organization has created fundamental robotics technology while simultaneously nurturing the development of many talented engineers and scientists. HRI’s research focuses on developing robots that will interact with humans, whether it’s for completing routine tasks, giving medical aid, or serving as a companion. Because these robots work together with partners in a human living environment—sharing the same workspace and having the same experiences—they not only need to look like humans but also must evoke the same thinking and behavior patterns as a human being. While Waseda initially utilized 2D design tools to develop humanoid robots, HRI determined in 2001 that an integrated 3D development platform was needed to advance humanoid robotics R&D, according to Associate Professor Kenji Hashimoto. “Our robots are complex systems, requiring the integration of information from sensors related to speech, facial expressions, and body movements that results in a high level of communication and coordinated actions,” Hashimoto explains. “Our teams need access to a complete set of 3D design and engineering tools to meet our objectives.” After evaluating several leading 3D design systems, HRI chose SOLIDWORKS Research software as its standard platform, implementing 60 licenses. HRI chose SOLIDWORKS Research because its interface was more user-friendly than other 3D packages and it provided access to a full range of integrated design and simulation tools.

Since implementing SOLIDWORKS Research software in 2001, HRI has accelerated the pace of robot development—introducing more than 20 humanoid robots—by working on an integrated 3D platform. These robots include the Waseda Leg series, biped locomotors for carrying handicapped and elderly people; the Waseda Jaw series, robots that mechanically simulate human mastication for understanding dental concepts; the Waseda Yamanashi series, jaw-opening and -closing robots for patients with jaw problems; the Waseda Flautist and Waseda Saxophonist series, flute and saxophone playing robots; the Waseda Talker series, robots that mechanically speak Japanese vowels and consonant sounds; and the Waseda Eye and KOBIAN series, robots that express emotion. Other HRI robots include the WABIAN-2R, a robot that walks with knee extension using a humanlike pelvis and seven degrees of freedom (DOF) leg mechanisms; the WAREC-1, a disaster rescue robot with 28 DOF; and the WL-16, a robot that can carry humans and virtually any load up to 80 kg. “HRI is more productive in developing robots with SOLIDWORKS Research software because of its range of integrated capabilities. It has increased design efficiency by three to four times,” Hashimoto says. “In 2D, we could design only simple planar structural members. Thanks to SOLIDWORKS, now we can easily design complicated robotic parts.”

HRI overcomes the primary challenge in humanoid robotic design—reducing part weight while maintaining stiffness—through the use of integrated SOLIDWORKS finite element analysis (FEA) tools. “SOLIDWORKS Simulation is essential for designing a legged robot because its weight must be as light as possible while keeping a high degree of stiffness,” Hashimoto stresses. “SOLIDWORKS design software lets us quickly calculate the center of gravity and the moment of inertia for robotic parts, information that is used for simulations, and we check parts for interferences in three dimensions. “SOLIDWORKS Flow Simulation [computational fluid dynamics analysis software] is also useful when designing a cooling system for heat sources, such as actuators, motors, and drives,” Hashimoto adds.

The substantial productivity gains that HRI has realized with SOLIDWORKS Research software also stem from the integrated, multidisciplinary nature of the software, which allows institute teams to conduct mechanical, electrical, and thermal design concurrently rather than separately. “SOLIDWORKS technology is innovative because it can handle both mechanical and electrical design with one piece of software,” Hashimoto notes. “Furthermore, various analyses are possible with SOLIDWORKS, such as structural FEA and thermal fluid-flow analyses,” Hashimoto continues. “In order to develop a sophisticated robot, we must conduct not only mechanical design but also electrical design and thermal design simultaneously. We must arrange component parts—such as a motor, reduction gear, encoders, etc.—in a limited space. Both size and weight reduction must be realized while keeping high stiffness of each part and by doing FEA analysis repeatedly. SOLIDWORKS is very useful in this design process.”

“HRI is more productive in developing robots with SOLIDWORKS Research software because of its range of integrated capabilities. It has increased design efficiency by three to four times.”
-Kenji Hashimoto, Associate Professor

Spun off from the Sogang University Robot System Control Laboratory in Seoul, Angel Robotics is a startup company developing wearable robotic exoskeletons for people with impaired mobility, such as the elderly and those suffering paraplegia.

IQS (Institut Quimic de Sarria) is one of the most prestigious academic and scientific universities in the world. The IQS School of Engineering offers degrees in industrial engineering technology, providing students with the professional skills needed to design, innovate, construct, maintain, and manage industrial equipment and installations.